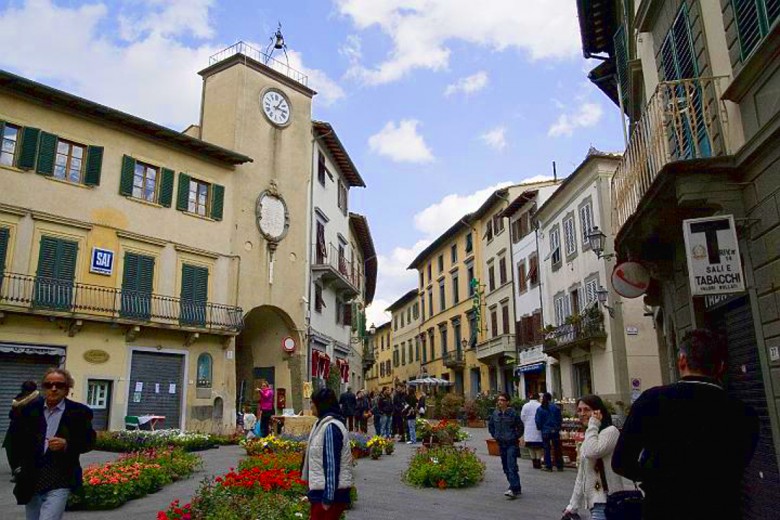 
The position on the Roman crossroads made it easy for San Casciano to prosper economically until well into the 1400's. It's strategic position made it one of the more popular stops on the road to Rome. The findings of Etruscan and Roman artefacts have definitely dated the city - and have explaind the original name, San Casicano in Decimo - referring to its position at “milemarker” decimo on the Roman road between Fiorentina and Sena Giulia. The “decimo” suffix was lost over time and replaced with a reference to the valley and river val di Pesa (sometimes written as San Casciano VP).


Like so many towns that spurted up along the Florence border, it was considered a strategic military outpost, protecting the medieval city of Florence from invasion. But San Casciano didn’t start life that way; it was a classic market town set low in the valley and thus it grew-up with hardly any defenses making it an easy target for hostile takeovers.
It was until the 1400’s when Florence finally decided that San Casciano needed to be more well endowed, making it an integral part of their defences, did the impressive city walls appear. These are the very same that you see now as you walk around the city. Like many towns, once peace was achieved between Florence and Siena, the powerful military stance was no longer required thus there was no need to maintain the city. The loss of economic trade which once supplied the military contingency and the activity that surrounded it, slowly ate away at their eco-social prowess until San Casciano became just another little town in Chianti.
Unfortunately, most of the town was destroyed by the retreating Germans and the advancing allies. However, the town quickly overcame this and rebuilt the many churches, homes and streets leaving a small but active community which organizes many events and reinforce many local traditions throughout the year.

The Antique Walls of San Casciano
San Casciano has dedicated time and resources to create real sidewalks throughout the little town, making it truly a pleasure to walk around and explore. The city walls are parallel with a wide sidewalk where with a leisurely stroll around, you can soak up some of that great Chianti weather and admire the massive city walls. The walls built in mid 1300’s measured 7 meters tall and over 1200 meters in length with two principal gates in the direction of Florence and Siena and two minor gates in the direction of Empoli and a "prato" (a large grassy field). Throughout the city and its streets, parks and cafes you will notice that the architects have managed to mix modern art accents almost seamlessly with the antique structures. A prime example is the statue of a stag (by artist Mario Merz) walking along the top of the antique city walls.


Florence embodies the intellectual, artistic and cultural center of Tuscany... maybe even Italy.
A visit to Tuscany could not be complete without a walk around Florence, photos from Piazzale Michelangelo, a stop at Ponte Vecchio and a stroll along the Arno River. A trip to Florence must include a visit to the Uffizi Museum, the Accademia and the imposing Palazzo della Signoria.
To truly taste the flavor of Florence, one needs to enjoy a gelato in Piazza del Duomo, inhale the perfume of leather at the markets and eat a bistecca Fiorentina in the shade of Palazzo Pitti.


Florence offers so many unique experiences and events that it will create memories which will live with you long after your holidays in Tuscany are over. All roads, inevitably lead to Florence, so examine our maps and find where you can revel in the awe of a historic skyline, and admire the architectural lines that inspired designers worldwide. The churches Santa Croce, San Miniato, Santa Maria Novella and San Lorenzo house some of the more important tombs, mosaics and frescoes while the museums will delight you with artwork, bronzes and marble statues and many treasures. 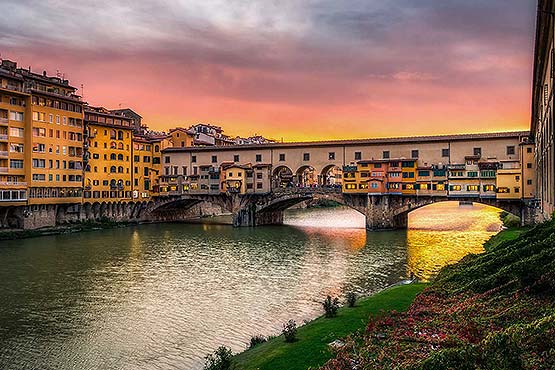 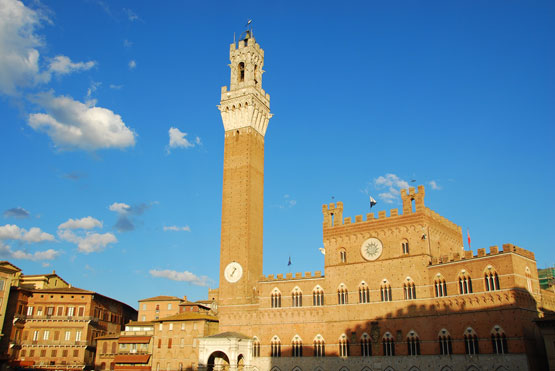 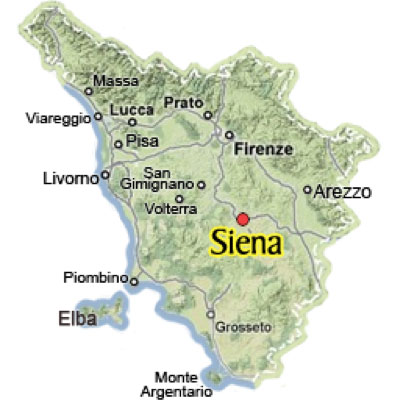 
Siena is likely Italy's loveliest medieval city, and a trip worth making even if you are in Tuscany for just a few days.
Siena's heart is its central piazza known as Il Campo, known worldwide for the famous Palio run here, a horse race run around the piazza two times every summer. Movie audiences worldwide can see Siena and the Palio in the James Bond movie, Quantum of Solace.

Siena is said to have been founded by Senius, son of Remus, one of the two legendary founders of Rome thus Siena's emblem is the she-wolf who suckled Remus and Romulus - you'll find many statues throughout the city. The city sits over three hills with its heart the huge piazza del Campo, where the Roman forum used to be. Rebuilt during the rule of the Council of Nine, a quasi-democratic group from 1287 to 1355, the nine sections of the fan-like brick pavement of the piazza represent the council and symbolizes the Madonna's cloak which shelters Siena.


The Campo is dominated by the red Palazzo Pubblico and its tower, Torre del Mangia. Along with the Duomo of Siena, the Palazzo Pubblico was also built during the same period of rule by the Council of Nine. The civic palace, built between 1297 and 1310, still houses the city's municipal offices much like Palazzo Vecchio in Florence. Its internal courtyard has entrances to the Torre del Mangia and to the Civic Museum. If you feel energetic, a climb up the over 500 steps will reward you with a wonderful view of Siena and its surroundings.
The Museum, on the other hand, offers some of the greatest of Sienese paintings. The Sala del Concistoro houses one of Domenico Beccafumi's best works, ceiling frescoes of allegories on the virtues of Siena's medieval government. But it is the Sala del Mappamondo and the Sale della Pace that hold the palaces's highlights: Simone Martini's huge Maestà and Equestrian Portrait of Guidoriccio da Fogliano and Ambrogio Lorenzetti's Allegories of Good and Bad Government, once considered the most important cycle of secular paintings of the Middle Ages.


San Gimignano, a small walled village about halfway between Florence and Siena, is famous for its fascinating medieval architecture and towers that rise above of all the other buildings offering an impressive view of the city from the surrounding valley.

At the height of its glory, San Gimignano's patrician families had built around 72 tower-houses as symbols of their wealth and power. Although only 14 have survived, San Gimignano still retains its feudal atmosphere and appearance.
Recognized as a UNESCO World Heritage Site since 1990, San Gimignano offers visitors the chance to step back in time while enjoying its local products including saffron and its white wine, the Vernaccia di San Gimignano. 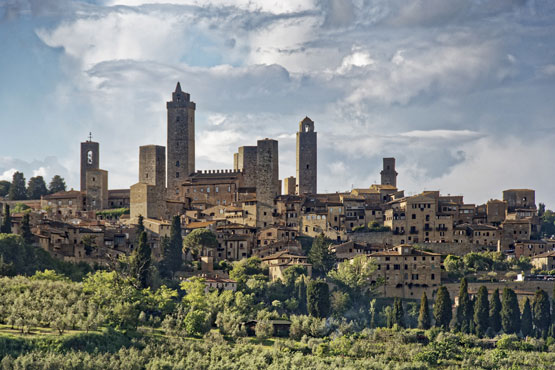 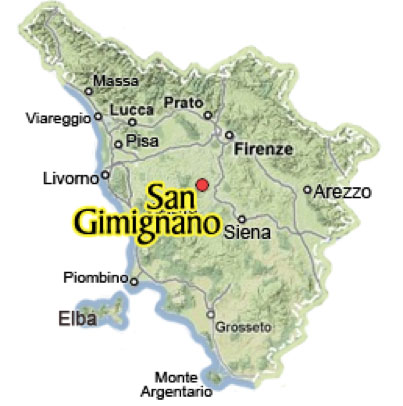 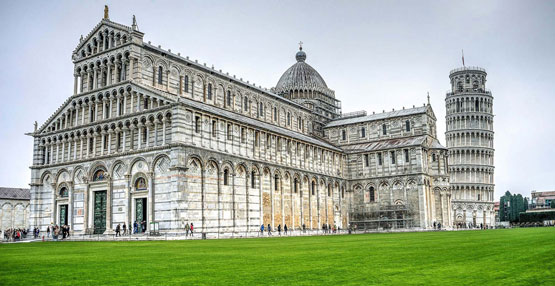 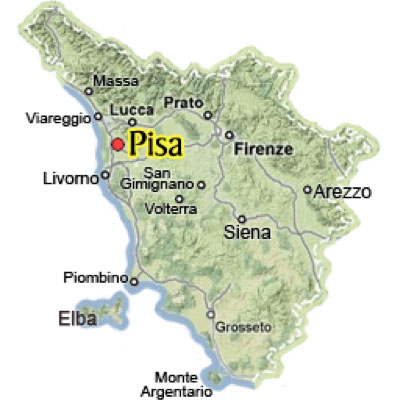 
The Leaning Tower has made Pisa famous all over the world, and in addition to the tower, the city offers many other interesting things to see worth at least an entire day - check out our 1 day in Pisa itinerary to plan your visit.
When you first arrive at the beautiful Square of Miracles (Piazza dei Miracoli), your sight will be captivated by the magnificent Tower. Don’t just admire it from below: the climb up the tower is a once-in-a-lifetime opportunity that we highly encourage you to experience. You will enjoy both the incredible climb as well as the amazing views from the top (you can buy tickets in advance as number of entries are limited every half hour)!

Once you have admired the Tower of Pisa from all angles (including the classic picture in which you pretend to support it to keep as a memento), continue your visit to the other monuments in the Piazza: the Cathedral and the Baptistery. Along the perimeter of the square, there is also the Cemetery, the Cathedral Museum and the Museum of the Synopses. Enjoy a leisurely walk along the Arno river and on your way, pass by Clock Palace to enter into Piazza dei Cavalieri, which was once the heart of power in the city and later the headquarters of the Knights of St. Stephen. In the Palazzo della Carovana overlooking the square, the prestigious Scuola Normale of Pisa has its base.

What else to do in Pisa? Eat cecina! It’s a kind of very thin gluten-free bread made with chickpea flour, water, oil, salt and black pepper. You can eat the cecina alone or in a schiacciatina, a flat bread. A real treat you must try!


Lucca is one of the cities most loved all of Tuscany, a stop that can not really miss in a classic itinerary to the discovery of the region.
The city can be visited in a day, but if you want to appreciate the best stop for a few days or choose it as a base to explore central or north Tuscany.
The city is located on a plain at the foot of the Apuan Alps and is less than half an hour from the coast of Versilia. Since it isn't a hilltop village, it is ideal for anyone with mobility issues as well as for anyone wishing to take a break from climbing ;).
The Versilia is the area right along the Tuscan coast in the northwestern edge of the province of Lucca. It is widely known and popular for the fashionable resorts along its Riviera, with numerous night clubs attracting visitors for its active night life during the summer.

It is easy to get to the Versilia and its beaches, as both the rail line and A12 highway run parallel to the coast. With public transportation you would take the train from Florence passing through Lucca to get to any of the coastal towns of the Versilia or take buses from Lucca; the beaches are then a short walk away.

The climate here is quite mild, although humidity can get high in the summer. Why it is called Versilia? It is called after the name of the river that runs down from Seravezza down to Forte dei Marmi! 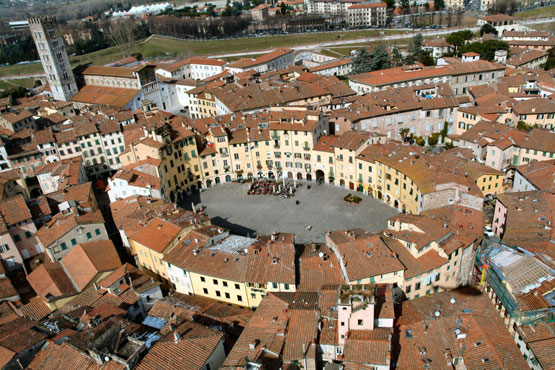 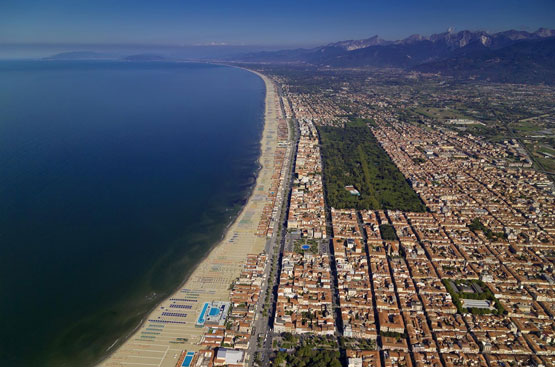 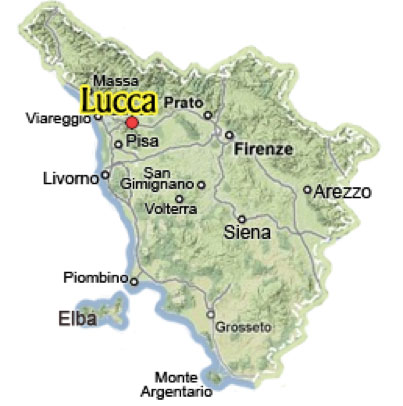 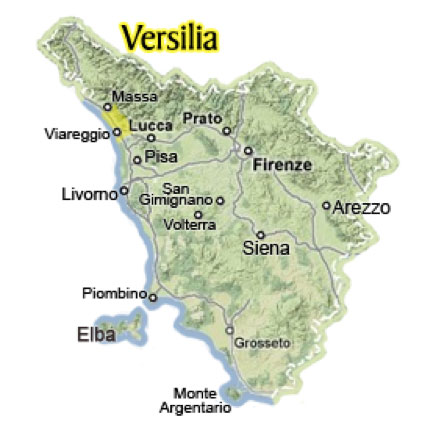 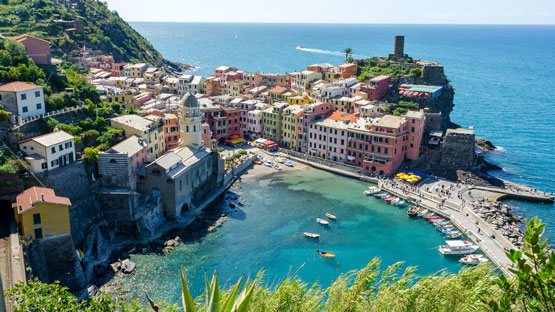 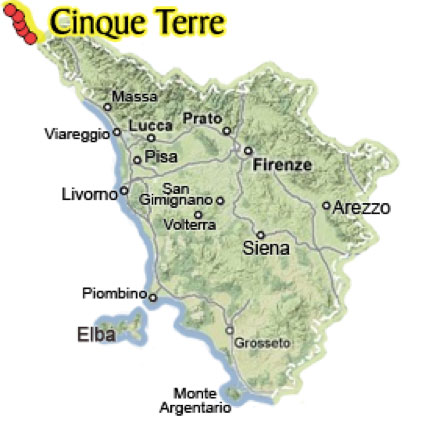 
The intriguing and much visited coastal area called Cinque Terre located to the north of Massa Carrara beyond Tuscany's farthest north western tip is a favorite day tripfor those spending their holiday in Tuscany. Included in the UNESCO World Heritage list in 1997, this fascinating area in the border region of Liguria is comprised of a rough and severe landscape where man-made terraces mold the hillsides as the drop rapidly to the sea.

The five small towns, from south to north, are: Riomaggiore, Manarola, Corniglia, Vernazza and Monterosso al Mare have been categorized as a “living landscape” where the location and its history play an active role in promoting the traditional lifestyles and products. Lemons, honey, extra virgin olive oil, anchovies conserved in salt and wines are just some of the special flavors you can enjoy while visiting these colorful towns.
There are more than 120 kilometers of nature trails crisscrossing the hills and towns with panoramic views towards the mountains that isolate the Cinque Terre from the Italian peninsula.
E-Mail
+39 055 8244 254
Location
Language